Skip to content
City Nomads > Culture > On the Same Page: A People’s History Of Heaven Emphasises The Strength Of Community in Adversity Run out of things do to online or want to cut down on excessive screen time? That’s how we’ve been feeling, since working from home for us pretty much means spending at least nine hours a day with our eyeballs glued to the screen. So post-online classes and virtual vacations, we picked up Mathangi Subramanian’s A People’s History Of Heaven for the inaugural edition of On the Same Page, a City Nomads book club of sorts where we recommend titles relevant to our tumultuous times.

In Mathangi Subramanian’s first novel, bulldozers have come to flatten the Bangalore slum of Swargahalli, also known as Swarga, the Sanskrit word for ‘Heaven’. To those not living there, the name is ironic, for Swarga is closer to Hell. Those who stay there are poverty stricken – a mishmash of migrants, women whose husbands have left them, and young children who are destined to relive the lives of their parents. But while the opening scene spells out a bleak and desolate story, the book offers more than a mere tragic story.

The plot follows five girls in their fight to save the slums – their home – from destruction. Against the backdrop of this, we learn each protagonist’s history through flashbacks of the girls’ lives, taking us through their hardships. Deepa navigates her blindness. Padma struggles with pursuing further education as a girl with brothers and a migrant. Joy is transgender. Banu is a budding artist, who practices graffiti. Rukshana grapples with her sexuality as a Muslim.

A People’s History Of Heaven is not perfect. The book touches upon many social issues in Bangalore at once: the rapid industrialisation of the city, an existing caste system, strict enforcing of gender roles among others. The book does not provide any answers, in fact, it shies away from giving them. In one scene, Rukshana tells herself, “It’s not like I don’t want to be part of something bigger. It’s just that I want to be myself first.” And that perhaps, is the biggest lesson from Subramanian here.

In times of a waning pandemic and fears of the second waves, alongside worldwide conversations about climate change, social and racial inequality, it can be tiring to be constantly engaged by oneself. Personally, that’s what makes Subramanian’s novel so compelling, despite its overtly optimistic take on the future. It shows how the power of one’s community can overcome difficulties and draws an opposition to the constant individual presence we are expected to maintain online. It is the answer we all want – having a community to fall back on in times of hardship.

The novel closes as the five girls look out over the slum, perched on the branches of a huge tree. And as Banu asks what Heaven is, there is no need to answer, Heaven is the community they have built.

A People’s History of Heaven by Mathangi Subramanian is available on Book Depository.

City Nomads > Culture > On the Same Page: A People’s History Of Heaven Emphasises The Strength Of Community in Adversity Secret Theatre Project Comes To Singapore This May: We Chat with Founder Richard Crawford 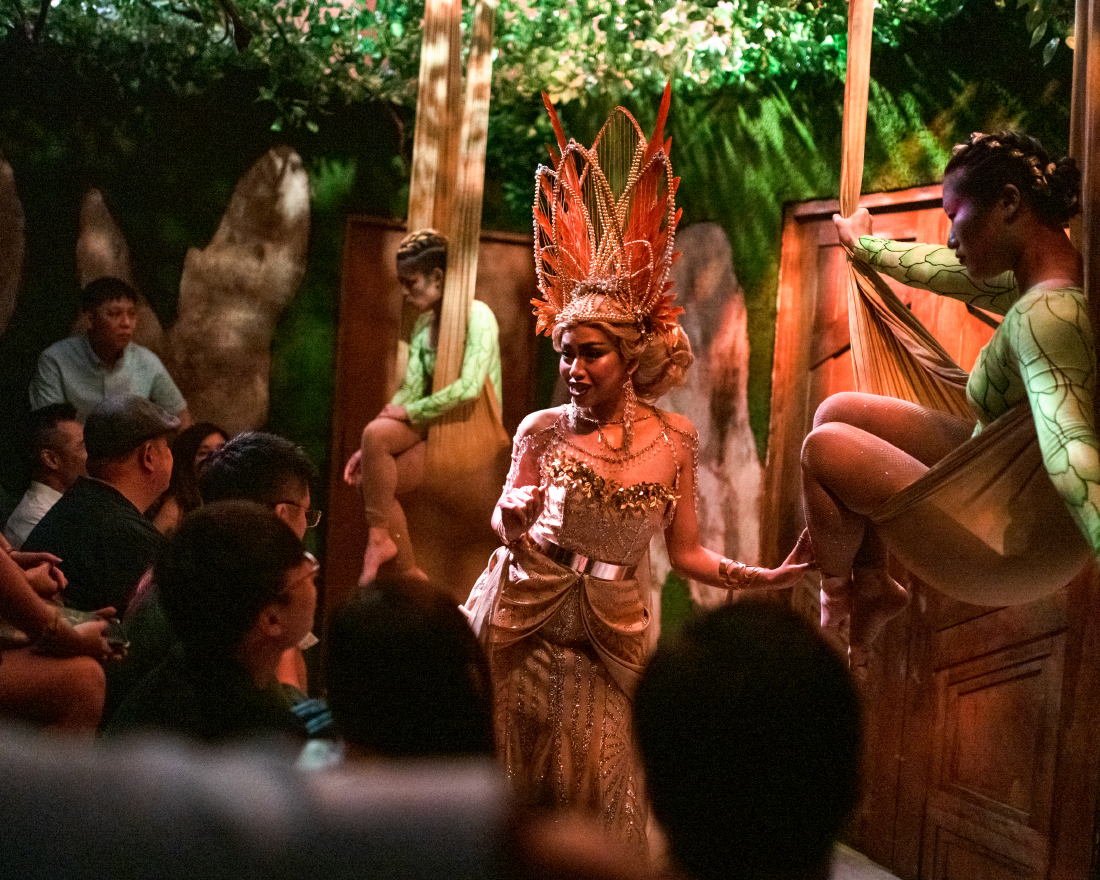 Theatre Review: ANDSOFORTH’s Valhalla and The Chambers of Asgard

Category CulturePosted on November 29, 2019February 7, 2020
Translate »
X
X
Share this ArticleLike this article? Email it to a friend!
Email sent!