There’s no whodunit without, well, someone who did ‘it’. The genre of murder mystery presupposes not only a culprit, but a clear line between the guilty and the innocent – our fun lies in pinning the right labels to the right people.

It’s a true pleasure, though, when along comes a thriller to break this fairly predictable mold. Billed as a ‘supernatural murder mystery’, Sight Lines Entertainment’s Murder at Mandai Camp was a three-nights-only joyride of chills and squeals – but not only that. In this genre-defying Zoom production, social inequality is a haunting presence, and any murderer we accuse is bound to be only a political scapegoat. 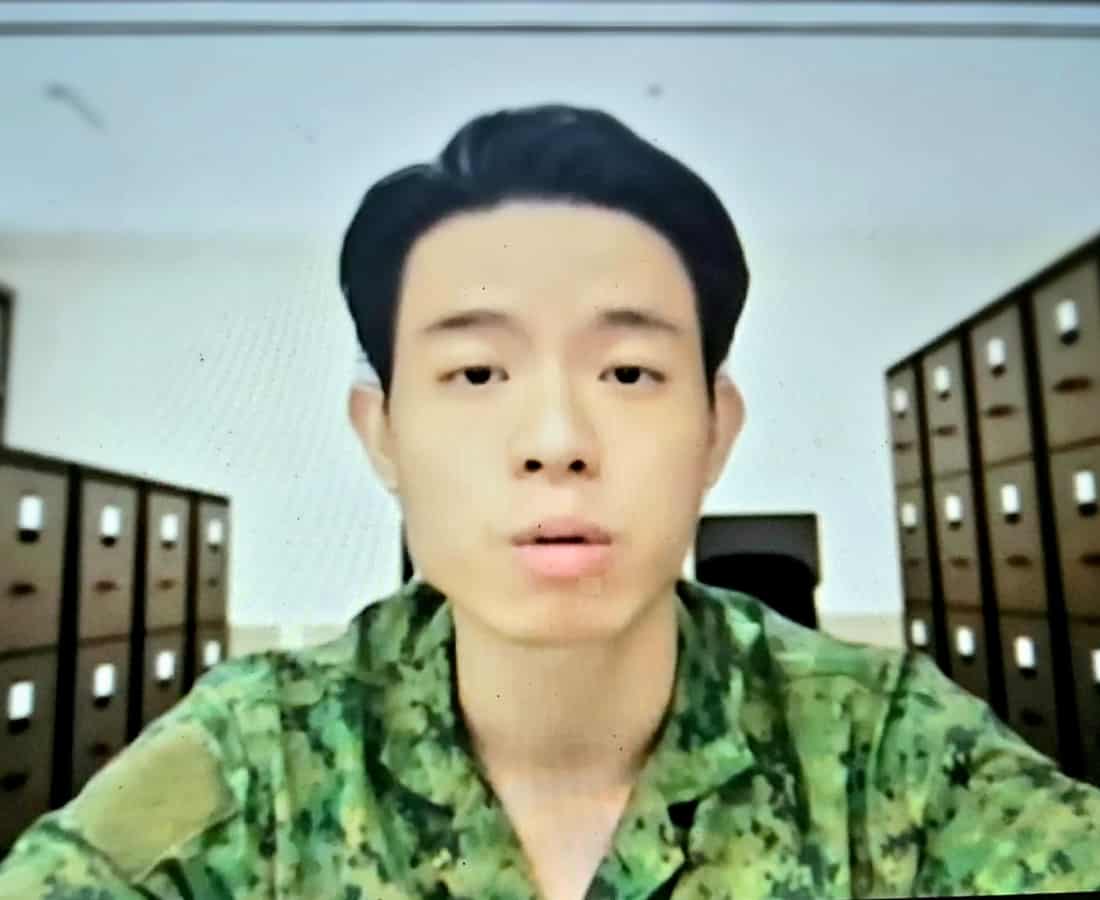 This army-boy mystery kicks off during an outfield exercise, when the disembowelled corpse of young recruit Rozells (Irsyad Dawood) is found. Through an interactive mix of post-murder interrogations, pre-murder video recordings, and eerie clips sent through Telegram, we piece the puzzle together. It soon becomes clear that ugly social wounds are festering in the shadows. Thanks to an influential father, Rozells was what’s known in SAF as a ‘white horse’ – a recruit given preferential treatment on account of his connections.

No surprise then that his resentful bunkmates, led by Tan, were planning to throw him a ‘blanket party’ during that outfield exercise, scaring him to death with a pontianak prank. Even their superior Lieutenant Haziq, with whom Rozells quarrelled, is happy to turn a blind eye to the hazing. But the rumored pontianak seems to have taken on a life of her own (we get some very goosebump-inducing glimpses of a long-haired figure, scene by scene, becoming more visible). Can either Tan or Haziq be blamed for what looks increasingly like the work of something… inhuman? For the SAF, of course, the question is moot. Just as a whodunit must have a culprit, an army scandal must have a fall guy – someone to exorcise the uncomfortable questions about inequality that might otherwise haunt those in power. Haziq painfully realises this during his interrogation with higher-ups: “Don’t make me your third door just so I can be a convenient excuse for yourselves!”

The third door in a barrack, as NS lore has it, is a door built to appease restless spirits refusing to leave. In this case, it’s also a convenient route for those in charge to escape issues around favouritism and privilege that have never been laid to rest. The deadly force in Murder at Mandai Camp, in this sense, isn’t ultimately a single murderer, whether Tan or Haziq – it’s the spirit of injustice and resentment that finally bursts into demonic life. When we, the audience, are forced to vote for the culprit at the end of the play (and no, ‘pontianak’ wasn’t an option), our dilemma is no longer logical but ethical.

Social critique aside, the play made for a superbly spooky ride. With plenty of gritty close-ups mixed with special effects, producer Derrick Chew, playwright and director Chong Tze Chien, and multimedia designer Genevieve Peck brought out the best of the Zoom medium. The actors, too, adapted splendidly from stage to cyberspace. Bright Ong (as Tan) shone with his impression of a mind falling apart with terror, while Erwin Shah Ismail (as Haziq) was poignant as a man caught between righteousness and guilt.

With no plans for theatres to reopen as yet, Zoom plays might be all the drama we can get for a while – but that doesn’t mean boring, as Sight Lines’ bold production shows. This is one whodunit that’s done it right.

Sight Lines Entertainment’s Murder at Mandai Camp ran from 26 to 28 June 2020 on Zoom.

Shakespeare in the Park returns with Othello Category 5 Things to do in SingaporePosted on October 31, 2016May 14, 2018
Translate »
X
X
Share this ArticleLike this article? Email it to a friend!
Email sent!