All the world’s a stage. In the next couple of months, look forward to a multitude of new theatre productions in Singapore  – from comedy to cultural, we’ve got you covered. Watch from the comfort of your own home or star in the play yourself with immersive theatre experiences. For the first half of 2021, here’s some of the most hotly-anticipated stage productions. 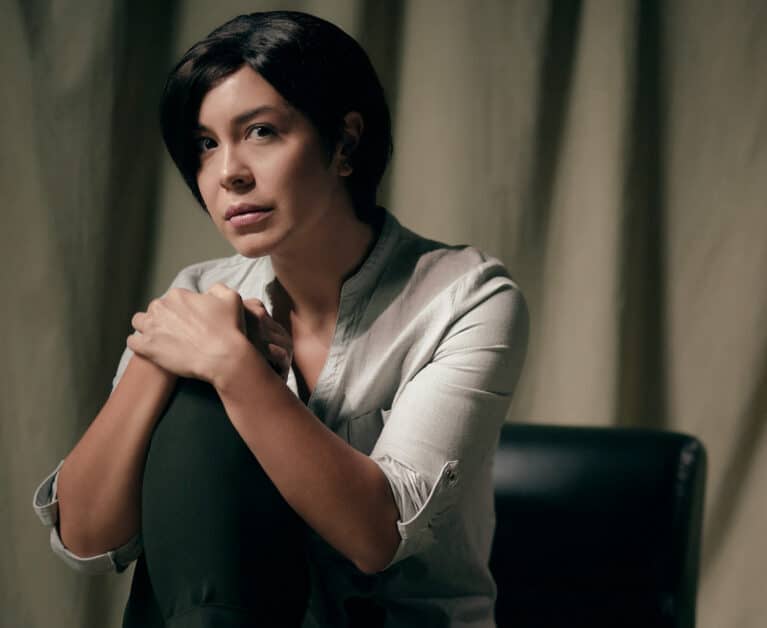 Pangdemonium is back with another enthralling stage production that’s equal parts thought-provoking and gut-wrenching. Written by British playwright, Dennis Kelly, Girls & Boys explores the life of an unnamed woman and her crumbling relationship with her husband. If you want a good laugh, cry, or maybe both, this one-woman show starring actress and host Nikki Muller is a tumultuous journey through the imperfections of life.

Tickets for Girls & Boys are priced from $65, available here. Based on a story by E.T.A. Hoffmann, this light-hearted, three-act ballet is a story of a life-size mechanical doll named Coppélia. When she seemingly springs to life, confusion and infatuation arise as this dancing doll saunters around the village. Sit back and enjoy this production set to a ballet libretto by Charles Nuittier, with music by Léo Delibes and original choreography by Arthur St. Léon.

Tickets for Coppélia 2021 are priced from $40, available here.

A play within a play? We’re sold. In the year 1787, a lieutenant and convicts aboard the First Fleet of the British Empire sailing to Australia, are tasked with putting on a play. Inspired by Thomas Keneally’s novel, The Playmaker, this production is part history, part fiction, and all entertaining. Explore the origins of Australia’s penal colonies as these underdogs take on theatre in the new world.

Tickets for First Fleet are priced from $48, available here.

Tony Award-nominated production, The Sound Inside, finally makes its Singapore debut. Eerie and intimate, this play centres around an Ivy League professor and a mysterious student. For theatre buffs, The Sound Inside is a technical masterpiece, constantly playing on lighting, sound, and sight. This psychological thriller makes audiences anticipate an ending that never comes.

Tickets for The Sound Inside are priced from $45, available here. Based on the series of plays written by Robert Yeo, The Singapore Trilogy is a politically-charged production about two siblings and their friend. Moulded by differing political ideologies, characters Chye, Hua and Fernandez come face to face with each other during Singapore’s 60s-70s scene. Prepare to be engrossed in this theatrical adaptation about Singaporean nationalism and identity.

Tickets for The Singapore Trilogy are priced from $38, available here. Critically-acclaimed play, Model Citizens, brings together its original cast – veteran actresses, Goh Guat Kian, Siti Khalijah Zainal, and Karen Tan – 11 years after its debut. The play centres on the lives of three women in Singapore, seemingly interconnected and yet separated by their distinct backgrounds. A commentary on Singapore’s society and culture, you’ll find scenes paralleling real-world.

Tickets for  Model Citizens are priced from $38, available here.

The Curious Case of the Missing Peranakan Treasure Play detective in Double Confirm Productions and Sight Lines Entertainment’s The Curious Case of the Missing Peranakan Treasure. Set in the iconic Raffles Hotel, navigate your way between six suspects as you solve the mystery of the missing crown jewel exhibition, Treasures of the Straits. With wacky characters, twists and turns, all set against the glamorous backdrop of Singapore’s heritage hotel, this 360º virtual production will have you crack the case, Hercule Poirot-style.

Tickets for The Curious Case of the Missing Peranakan Treasure are priced from $38, available here.

Body of Knowledge (at Home)

Take part in interactive theatre production, Body of Knowledge (at Home). Audiences are connected to the production’s teenage actors online, to share experiences of fear, hope, and curiosity. A combination of social engagement and theatre, uncover hidden thoughts and connect to similar people. If you’re up for a challenge, take on some of this production’s burning questions.

Tickets for Body of Knowledge (at Home) are priced from $25, available here.

Category Cafes in SingaporePosted on July 31, 2018July 31, 2018
Translate »
X
X
Share this ArticleLike this article? Email it to a friend!
Email sent!